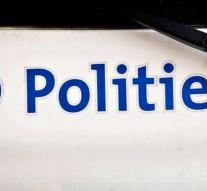 brussels - In a search for terrorism, the Belgian police found weapons on Tuesday night. At six searches in the Brussels municipality of Anderlecht four people were arrested for trial, the federal parquet informed Wednesday. The weapons were found in one of the searches.

The investigation is completely separate from the attacks in Paris of 2015 and that in Brussels last year March and June this year, according to the parquet. A court decision later in the day whether the suspects detained. The Public Prosecutor does not want to lose any details.