Home / World / We are drinking more and more plastic 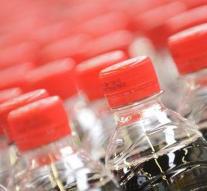 new york - The drinking water contains more plastic, present in the form of fibers. A global survey shows that drinking water in India and Lebanon has been the most polluted.

But in the United States, in most cases, drinking water was not the best. The researchers did not have to walk far. They fired tap water in, among other things, the Trump Tower, the building of the Congress and the American environmental agency. Mostly 94 percent of the water tested was found to be polluted.

The drinking water in Europe proved to be the least polluted. The samples from Great Britain, France and Germany were relatively clean, but also here plastic was discovered in 72 percent of the tap water examined.

The investigator of the research by the science journalists of Orb Media, a plastic expert from the State University of New York, is very concerned. It is known that animals are suffering from health problems due to the presence of plastic in their water. The conclusion can hardly be different, so that human beings are increasingly at risk.