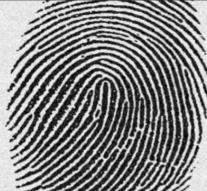 brussels - The European Commission's proposals on better management of external borders and a European asylum system may violate the fundamental rights of citizens. That suggested the European Data Protection Supervisor (EDPS) on Thursday.

These include the collection and storage of biometric data such as facial images and fingerprints from people applying for visas. Such data must be better protected and can not simply be passed on to law enforcement agencies, says the regulator.

The watchdog ruled that the proposed data collection the rights and freedoms of non-EU citizens ' may significantly affect '. The EDPS understands that the EU is to rigorously control who enters and leaves the union, but stresses that it must be ensured that the privacy rules are respected.

The EDPS also recognizes the need for linking databases and better sharing of information, in light of the challenges ' '' on migration, terrorism and transnational crime. Border control and fight against crime should however be clearly separated, says EDPS director Giovanni Buttarelli. He argues that refugees, asylum seekers, illegal immigrants and ordinary travelers should not be lumped together, but may need to be assessed separately.

The European Commission is another good stop light plans, is the recommendation.