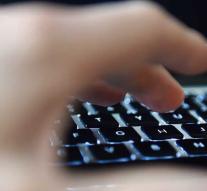 san jose - The American computer concern Cisco Systems warns of a Russian cyber attack on Ukraine. According to the company, hackers have infected at least 500,000 routers and storage devices with high-quality hostile software in dozens of countries.

Cisco certainly says that Russia is behind the threatening attack. The software has codes that were also used in previous malware and that were attributed to Moscow.

Ukraine says it is aware of a threatening cyber attack by Russia. Kiev sees a connection with the football final of the Champions League which will be played on Saturday in the Ukrainian capital.