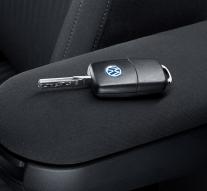 - Volkswagen is aware that some cars of the group can be unlocked without a key, as discovered by British researchers. We are waiting for any further steps.

However, there is still no official response to the discovery made until more information comes from the factory, give the nbsp; Volkswagen spokesman in the Netherlands compared Autovisie.

Researchers at the nbsp; University of Birmingham nbsp; have discovered a way nbsp; Volkswagen tens of millions of models- including nbsp; other brands in the group, such as Audi, Skoda and Seat- nbsp; to open without a key. Because the cryptographic code for the lock is not unique, each code for many vehicles can be used.


The results of the study are nbsp; published by the US tech medium Wired. According to the researchers, the German carmaker has already recognized the problem.

The system in question has been in use since 1995. Modern cars such as the Volkswagen Golf VII is now available new, more secure by current technology.