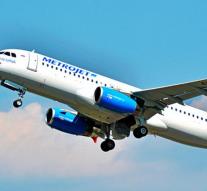 - Egyptian rescue workers have heard voices from the wreckage of Russian plane that crashed Saturday in Egypt. The rescue team trying to get survivors from the crash site. Earlier it was reported that the plane was completely destroyed.

There are certainly found five bodies of children. There are bodies that have been found with safety belts were stuck in their seats. The plane is broken into two parts, reported rescuers.