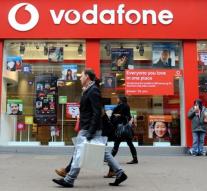 - Cyber ​​criminals have recently broke into the system of the British branch of Vodafone. Therefore were captured customer data for approximately 1800 customers, including names, phone numbers and bank details.

Vodafone is busy alerting duped customers. Incidentally, not all bank information be on the streets. The system which was broken, contained only the last four digits of the bank accounts of customers.

It is for the second time in a short time that a British telecom provider object was of a digital intrusion. TalkTalk Telecom last month reported a cyber attack on its systems, where the data of 21 000 clients were captured. For those squatters have since been arrested three suspects.