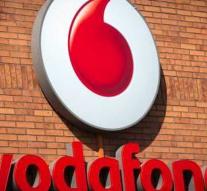 barcelona - Vodafone will use mobile data to combat and prevent epidemics. That made the charity of the telephone company known on Monday. The intention is to prevent a recurrence of the ebola outbreak in West Africa in 2014.

By tracking anonymised data real-time via telephone masts, you can see where many people are, how far they travel and where they travel during an outbreak. On the basis of this, decisions can be made about transport, health care and agriculture to prevent further contamination.

The initiative of the Vodafone Foundation has 'the potential to save thousands of lives' according to the director of foreign affairs of Vodafone, Joakim Reiter. The telephone company will start the project later this year.