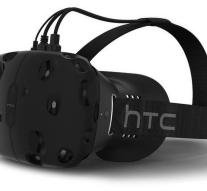 - The virtual reality glasses from HTC, the Vive, has been sold since its launch more than 140,000 times. Which announced a spokesman for the company against a Chinese site.

It's pretty rare that creators of VR goggles sales figures reveal. The Oculus Rift is not known numbers, and the Sony PlayStation VR just wanted to say that there are 'several hundred thousand' have been sold.

The PSVR is also the cheapest high quality VR goggles and requires only a PlayStation 4. Both Vive as the Rift require a fairly powerful- and therefore expensive- PCs.