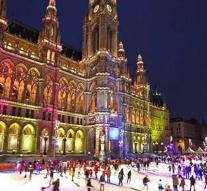 - Police in Vienna probably has a unique record: since May 2009 the Corps was able to solve all the murders in the Austrian capital on. That turned out at the presentation of the annual results of 2015 the corps, says Austrian media.

Last year, twenty people were killed in the Austrian capital and also its detectives were able to trace all the perpetrators. Force management believes the high motivation of the murder of three teams ensures that everything is resolved. None of the three groups will be the first that can not clear up a murder.