Home / Tech / Videoland scores with his own productions 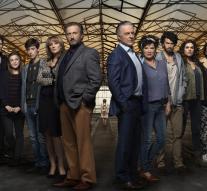 - Videoland scores well thanks to its own productions and exclusive content. Subscribers make four times as much use of the payment over a year ago.

The most active users watch an average of about four hundred minutes a week series, movies, documentaries and comedy.

With the viewing time increased by 40 percent a year on average nearly an hour.


'This positive momentum is attributable to new own productions, many international hit TV shows and a high degree of exclusivity of content,' Videoland reports.