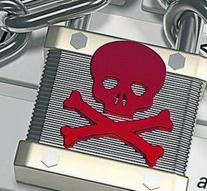 antwerp - Attendants of the WannaCry ransomware must report to the Belgian federal police. At one of the biggest cyber attacks ever, the ransomware WannaCry worldwide made more than 200,000 victims. In Belgium, six affected companies are known, but according to the police it is only 'the tip of the iceberg'.

The federal police crimes unit calls on all victims of the cyber attack on May 12 to report. 'The perpetrators continue to create new versions and new campaigns. An identification of perpetrators is important to stop the attack,' police expels.

The criminal organization behind WannaCry claims 300 dollars of casualties of victims of whom they can infect the computer. After payment, they provide a key, a code that allows the deceased to unlock their own computer. The police hope companies will report if they were hit by WannaCry, even if they had a good backup.

In the Netherlands Q-Park was hit by the ransomware. 'As police forces in Belgium and Europe work together with Europol,' the police said in a corresponding video. 'We want to go after the perpetrators. The perpetrators react whenever a solution is found and start a new version. It is very important to identify them to stop the attack as a whole. Otherwise they will continue and become more inventive with more and more victims. '