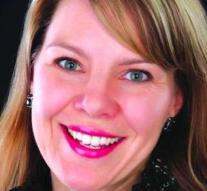 philadelphia - The woman who died in the tragic plane accident in the United States is businesswoman Jennifer Riordan from Albuquerque, New Mexico. Riordan was on his way home after a business trip to New York. According to American media, she worked for bank Wells Fargo and played a prominent role in the local community. She leaves behind two children and a husband.

Riordan (43) was on the plane of airline Southwest Airlines that made an emergency landing in Philadelphia after the engine exploded and a window popped out. According to other travelers Riordan was at the affected window.

The aircraft was on its way from New York to Dallas. According to a passenger from the plane, a woman was sucked half out of the window at a height of 10 kilometers. Other passengers managed to get her back on the plane and then, without success, tried to close the gap with suitcases and bags.

It is still unclear what exactly happened to the engine.