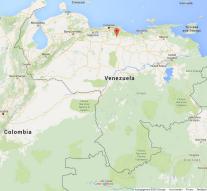 - A local leader of an opposition party in Venezuela on Wednesday shot dead. That happened at the beginning of the evening from a car when he gave a speech at a podium.

The leader of the Democratic Action confirmed the death of Luis Manuel Diaz. Who led the party in the town of Altagracia de Orituco, in northern Venezuela.

Since his December 6th election. The Democratic Action is part of a coalition in the polls in good shape.