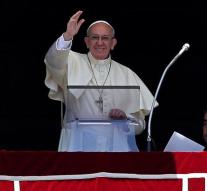 vatican city - A Vatican tribunal has two former top officials of a children's hospital owned by the Vatican, accused of suspicion of money unloading. An amount of 422,000 euros in total would have disappeared. The money would be used in 2013 and 2014 to renovate the apartment of a powerful cardinal.

Giuseppe Profiti and Massimo Spina, respectively, the former president and treasurer of the Bambino Gesu hospital in Rome, should appear before the court later this month, according to the Vatican on Thursday in a press release. The renovated apartment was of Cardinal Tarcisio Bertone, who was Minister of Foreign Affairs under former Pope Benedict XVI.

Bertone, who was not mentioned in the charge, became detached eight months after his election of Pope Franciscus in 2013.