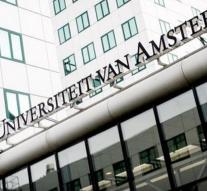 amsterdam - The collaboration between the UvA and HvA failed. Since 1998, the educational institutions worked together, but the administrative co-operation has had little value.

That comes from research by the consultants Berenschot and Deloitte. The current Executive Board retires to give criticism and presents both institutions own executive committee again.,, There are fine examples of cooperation in the field of education and research, but the administrative cooperation was of limited value, 'write the current five directors.

The report also shows that the quality of service would be enhanced by cooperation, but there are no realized substantial efficiency benefits over the years.


The board wants talks with the MR, teachers and students of the UvA and HvA how unbundling does best. In the past year, fumbled at the University of Amsterdam. In particular, the Supervisory Board was under fire. Deans hammered out that there is far too little manpower was one Executive Board, but the Board of Trustees continued to hold out. Council finally put down his duties as the Student Council (CSR) and Central Works Council threatened to file a vote of no confidence.

The unrest began Maagdenhuis protests last year in which the lack of participation was central. In March, teachers and students of this year sent an urgent letter to the supervisor of the UvA / HvA. The Central Works Council stressed that the cooperation of the University of Amsterdam with the HvA 13 years was not scrutinized and that there were too few drivers for this massive educational apparatus with 85 000 students, 9000 employees and a budget of 1.1 billion.