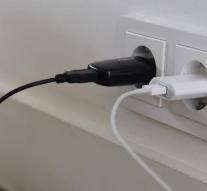 - The manufacturer of the USB charger Pure2 XL-1210 advises consumers to stop using the device. According to research by the Dutch Food Safety Authority in July 2016 the unit of G2T is unsafe. The charger is sold in the period from February 2013 until September 2016.

To date there are no known cases where damage or injury occurred, according to the NVWA on its website.