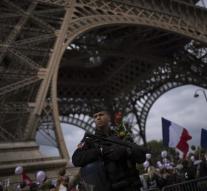 washington - The United States warns of a higher risk of terrorist attacks in Europe this summer. The US government issued a travel alert for Europe on Monday. This negative travel advice applies throughout the summer.

In her warning, the government addresses incidents in 'France, Russia, Sweden and the United Kingdom. 'She states that IS and al Qaeda' have the potential to plan and implement a terrorist attack in Europe. '

The previous travel advice for Europe, given prior to the winter holiday, expired in February. The government says that there is no specific incident at present, but that she wants to warn her citizens before the summer holidays that there is a continuous risk.