Home / World / US will hand over former president Panama 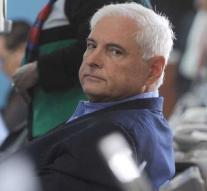 washington - Panamanian former president Ricardo Martinelli will be extradited to Panama by the United States on Monday, where he must go for espionage. One of his lawyers has informed the Reuters news agency. On Friday, the current President Juan Carlos Varela announced that the US State Department would grant the extradition request.

Martinelli would have used government money to spy on more than 150 political rivals in the period 2009-2014, when he was president. The wealthy businessman left Panama in January 2015 with a private jet. Last June, he was arrested in the American city of Coral Gables, after he was previously seen in the US at a football match of the national team of his country.