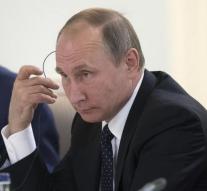 - The US government is investigating whether Russia has violated resolutions of the United Nations by bombing targets in Syria from Iran. Russian warplanes conducted Tuesday for the first time air strikes from an air base in the Iranian Hamadan.

The resolution of the UN Security Council to which the United States refer prohibits transferring land weaponry to Iran. Russia said earlier in the day against all that cooperation with Iran is in breach of the prohibition.

Or the Russians bring flights from Iran have violated the resolution or not, a ceasefire in Syria certainly not closer, says the US State Department.


Russia and the US, which support opposing camps in Syria, discussing for months a solution to the ongoing conflict. The Kremlin recently announced that an agreement on a truce and help for Aleppo would be in sight, but the US dampened optimism immediately.