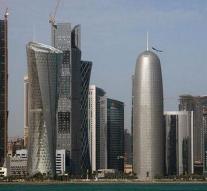 doha - The United States called on Gulf States and other countries to curb their punishment against Qatar and prevent further escalation of the conflict. Minister Rex Tillerson (Foreign Affairs) said the emir of Qatar had made progress in reducing financial support to extremists. 'But he has to do more and fast,' said the governor.

Saudi Arabia, the United Arab Emirates, Egypt and other countries have broken their relationship with Qatar because the Gulf State would support terrorism. However, according to Tillerson, the isolation of the country has unintended humanitarian consequences, such as food shortages.