Home / World / US warning of attack in Tunisia 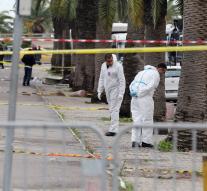 - The US Embassy in Tunisia Americans in the country called on Sunday to avoid a large shopping center in the capital Tunis, as can be committed an attack.

In Tunisia dominated state of emergency since last month in Tunis, a bus was blown up by the presidential guard. Earlier this year, armed attacks were made on the Bardo Museum in the city and a hotel on the beach in Sousse.

In a statement sent to the embassy Saturday for Americans in Tunisia, saying they had to avoid the Tunisia shopping center in the district of Berges du Lac, for a message of unknown credibility which indicates the possibility of a terrorist attack .