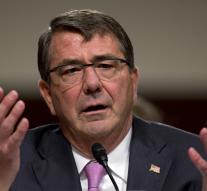 brussels - The United States asked NATO allies to be flexible with their plans to withdraw their troops from Afghanistan permanently . Due to the recent rise of the Taliban in certain parts of the country the Americans do not strictly adhere to the allies at the agreed deadline of end 2016 for its military presence in Afghanistan .

Quote : I have all the NATO partners asked to remain flexible and consider the possibilities of the plan for our presence in Afghanistan , which is now 2.5 years old , adapt, said US Secretary of Defense Ashton Carter after NATO -beraad in Brussels. A number of countries have expressed a willingness to change their plans . Which countries that he did not say . Only the German Minister Ursula von der Leyen pleaded openly for not adhering to a strict deadline for their departure from Afghanistan.