Home / World / US want to send inspector to North Korea 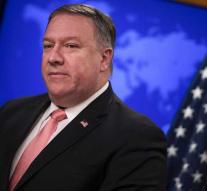 washington - The US wants to send inspectors to North Korea to view nuclear complexes there. US Secretary of State Mike Pompeo announced on Wednesday that he would like to discuss this next week during a meeting with his North Korean colleague.

It concerns the inspection of two complexes. Pyongyang has already declared itself ready to allow foreign observers.

The intention is that a new meeting between President Donald Trump and North Korean leader Kim Jong-un will take place early next year. The aim is to achieve a breakthrough towards a nuclear disarmament of North Korea.