Home / World / US supply ammunition to Arabs in Syria 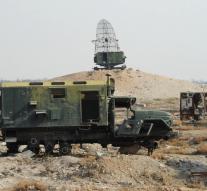 - The United States Arabs in Syria with a new load of ammunition. The projectiles are recent days over country to the Arabs in northern Syria fighting together with Kurdish fighters against tereurbeweging Islamic State (IS).

Reuters reported Thursday according to US officials that the ammunition is delivered, because the militias are on the edge of the Syrian city of al-Shadadi to recapture IS. The place for terror movement is a major transport corridor. Because it is connected to several highways the place is used for storage and distribution of weapons and equipment.

It would be the third delivery of munitions to the Syrian Arabs by the US since October. There fight reportedly five thousand Syrian Arabs against IS. Deliveries are viewed by the Turkish government with suspicion, because the ammunition may also come into the hands of Kurds who can focus on the Turkish authorities.