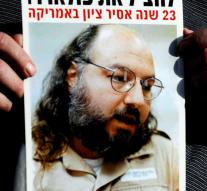 - In the United States Friday a spy, Jonathan Pollard, paroled after having been detained for thirty years for spying for Israel. The Israeli government has welcomed the release of the 61-year-old Pollard. Pollard, however, may not leave the next five years America.

In Israel, many lobbied for Pollard's release. He started in 1984 working as an intelligence officer in the US Navy. He was arrested the following year when he " suitcases full " confidential documents for 10 000 dollars and jewelry sold to Israeli agents. He confessed in 1986 debt in a deal with the prosecutor. But the deal was rejected by a higher court. He then got still life.