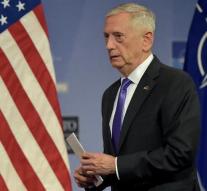 washington - The United States sends another 3,000 soldiers to Afghanistan. That said the US Secretary of Defense Jim Mattis.

Most of them are already on their way or informed about their broadcast. By the end of August, Mattis had already ordered sending more soldiers to Afghanistan, but he had not yet said how much. The US deployment of troops fits into the strategy of President Donald Trump for the fight against jihadist rebels.

The Americans have been active in Afghanistan for almost sixteen years. It is the longest war in which they are involved. Trump actually wanted to leave, but recently realized that the security situation had deteriorated and the radical Islamic Taliban had strengthened their position.

Currently there are already 11,000 US soldiers in Afghanistan.