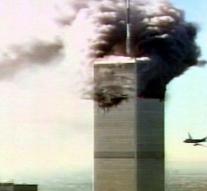 - The US government on Friday released 28 secret pages about the investigation into possible involvement of Saudi Arabia in the attacks of September 11, 2011. The White House said that the information is no evidence of involvement of that country.

,, It will confirm what we have been saying for a long time, 'said the spokesman of the White House. The ambassador of Saudi Arabia in the US welcomed the release of the documents. He said he hoped that the suspicion against his country,, once and for all 'will disappear.