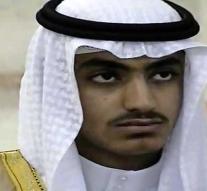 washington - The United States praise a reward of up to one million dollars (800,000 euros) for the tip that leads to Hamza bin Laden, the son of the deceased al-Qaeda leader Osama bin...

The son of Osama bin Laden has been calling on al-Qaeda supporters since 2015 to carry out attacks against the US and friendly states through Internet messages. Hamza wants to avenge the death of his father with terrorist attacks.

Osama bin Laden was shot in 2011 by American soldiers in Abbottabad in Pakistan. The American government has put Hamza on the terrorist list in early 2017.