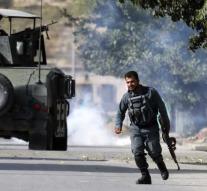 In 2017, fewer people were killed by terrorist attacks than in 2016. That number fell by 27 percent.

One of the causes of the worldwide decrease in the number of attacks is according to the ministry that there are significantly fewer attacks in 2017 and deaths in Iraq. The number of attacks also decreased in many other countries. In Kenya, Somalia and Great Britain, the terrorist attacks actually increased.

According to the report, 59 percent of all terrorist attacks took place in five countries: Afghanistan, India, Iraq, Pakistan and the Philippines.

Islamic State was responsible for the majority of the attacks. The number of attacks by the group fell by 23 percent compared to 2016. IS has lost almost all the territory that it once held in Iraq and Syria..