Home / World / 'US do not give Syrian Kurds arms anymore' 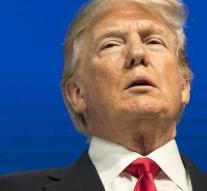 ankara - US President Trump's security advisor, Herbert McMaster, has promised the Turkish government that Washington will no longer provide weapons to the Syrian Kurds (YPG) militia. The Turkish state press agency Anadolu reported Friday that McMaster was doing this by telephone to a close associate of President Erdogan, Ibrahim Kalm.

Ankara announced on Saturday that McMaster recognizes that Turkey has legitimate concerns about its security. Turkey is horrified in the six-year-old Syrian civil war as Kurdish militias YPG (People's Protection Units) in north-east Syria have played a crucial role in the international fight against the Sunni extremists of Islamic State. The US therefore supported those militias. However, Ankara sees in the YPG an extension of the terrorist PKK (Kurdistan Workers' Party) and fears a Kurdish state along its southern border.