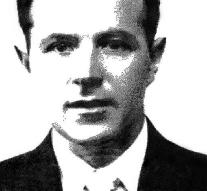 new york - The US has expelled a 95-year-old former camp guard in Treblinka, in Nazi-occupied Poland, to Germany. Jakiw Palij was taken off a wheelchair from his home in Queens (New York) on Monday and placed on a stretcher of an ambulance before he was driven to the airport. According to ABC news, the expulsion was commissioned by President Donald Trump himself.

Palij arrived in Germany on Tuesday. The former camp guard emigrated to the US in 1949 and said there that he was on his farm during the war. Later he said that he had been employed, but was not a convinced national socialist. In 1957 he became an American citizen. A judge in New York took him citizenship and ordered his expulsion in 2005, but the Federal Republic refused to admit him for years.

In the extermination camp near the village of Treblinka, 85 kilometers northeast of Warsaw, almost 900,000 people were murdered in the years 1942-1944, mainly Jews.