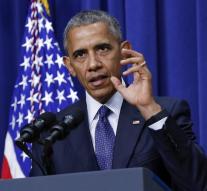 - The United States has captured from Syria 8,000 refugees since October last year. This was announced by the US State Department Friday.

According to the Ministry the US are on schedule with the reception. The administration of President Barack Obama said earlier to catch this year to October 2016 10. 000 refugees.