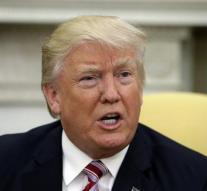 washington - The US government hopes to conclude the renegotiation of the NAFTA Free Trade Agreement this year. The talks about the agreement with Mexico and Canada should begin after August 16, trade representative Robert Lighthizer wrote to US parliamentarians.

US President Donald Trump promised to resume negotiations on the 23-year-old Free Trade Agreement during his campaign, calling him a 'disaster'. According to Trump, jobs and factories disappeared by the agreement to Mexico.

Lighthizer told reporters that not all sectors of the US economy benefited from the free trade agreement. 'As a starting point for the negotiations, we need to build on what works in NAFTA and adapt and improve what does not work,' explained the sales representative.