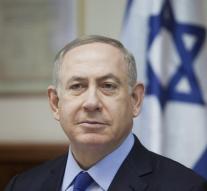 jerusalem - Israeli Prime Minister Benjamin Netanyahu on Sunday called the US ambassador for consultations. The reason is that the United States abstained in the UN Security Council vote on a resolution on the construction of settlements in occupied territory by Israel. It is not known if the ambassador has to report.

Because the US does veto rulings, as usual with this issue, the resolution was adopted. Fourteen of the fifteen members of the Council voted for the resolution. It asked Israel to stop building.

Ambassadors of ten countries had to report Sunday by the Israeli Ministry of Foreign Affairs there to receive a reprimand.