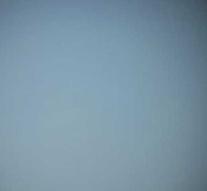 hilo - The planet Uranus smells like spoiled eggs. The clouds mainly consist of hydrogen sulphide, which has such an odor.

Scientists have long wondered what the clouds of Uranus consist of. Some thought hydrogen sulfide, others believed it was ammonia. Now an international team has used a sensitive telescope on Hawaii to measure the planet's 'fingerprint'. This clearly shows hydrogen sulphide.

If a person ever went to Uranus, the question is whether he or she will notice a lot of the smell. 'If a pathetic person ever passes through the clouds of Uranus, he or she will have to deal with unpleasant and malodorous circumstances. But choking and exposure to 200 degrees below zero with hydrogen, helium and methane will take their toll much earlier than the odor, 'says researcher Patrick Irwin of the University of Oxford.

The planet Neptune may also have a lot of hydrogen sulphide. Jupiter and Saturn are just a lot of ammonia. The study is in the scientific journal Nature Astronomy.