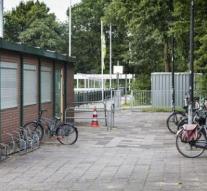 the bilt - The 27-year-old employee of an outpatient shelter in De Bilt suspected of child abuse has committed a suicide attempt. He did that in his cell on Thursday morning, reported the Public Prosecutor (OM). After the failed attempt, the man was taken to the hospital.

Pedagogical assistant Bart C. is suspected of abuse of several young children. The man from Utrecht was arrested after two children from a family had told their parents that they had to perform sexual acts with him. After judging all parents of children on the shelter, some reports were submitted. The exact number has not disclosed to the OM.