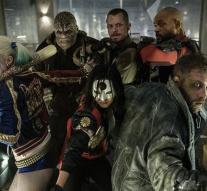 - Although never officially announced a Suicide Squad game, has WB Games Montreal, the team behind Batman: Arkham Origins, pulled the plug. Instead, they are now working on a title based Damian Wayne.

According to sources from game site Kotaku would be decided earlier this month after two years of development and problems to throw in the towel and concentrate on a new project. Damian is the son of Bruce Wayne and Talia al Ghul.