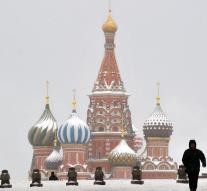 - The prestigious Lomonosov University in Moscow denies that scientists from the biology faculty must submit the results of their research for publication to the secret service FSB. The persistent rumors now doing the rounds after some scientists in connection with their investigations have been accused of espionage and treason.

The Russian newspaper The Moscow Times reports that there is a document in which the instruction of professors got their first findings to be submitted to the FSB. The university's denial does not help much in the science world nobody believes in it. Several professors say that the instruction is reminiscent of the censorship in the Soviet Union, when everything in science went through the hands of the KGB.

A geography professor reported to the newspaper that his department had already received the offending instruction.