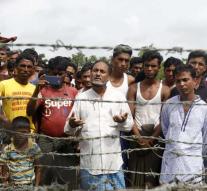 geneva - Soldiers in Myanmar have been guilty of gruesome crimes against members of the Muslim Rohingya minority. The army leader of the country and others responsible for the atrocities must be prosecuted internationally.

This is the conclusion reached by a research team from the United Nations that looked into the violence against the Rohingya. The report of more than four hundred pages will be presented in Geneva, Switzerland on Tuesday, reported The New York Times.

In the report, the UN team deals with the murders of Rohingya in Min Gyi in the western state of Rakhine a year ago. Soldiers killed all the men there. They also took away children from their mothers. Some children were shot dead, others thrown into the fire or into the river, according to the UN. Women and their daughters were raped.