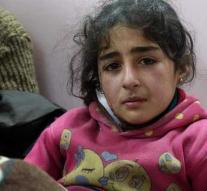 geneva - The United Nations has called on Russia and the US-led international coalition to investigate the air strikes they have carried out for violations of humanitarian law.

In a report published on Tuesday, a UN research committee states that all warring parties do too little to protect civilians and may be guilty of war crimes.

For example, the international coalition in the battle against Raqqa against IS would not have taken sufficient precautionary measures to spare the civilian population and civilian targets.

An air attack at a school on March 21, 2017 would have killed at least 150 civilians who had taken refuge there. Among them were many women and children. Proof that IS fighters were hiding in the school, the committee was unable to find.