Home / World / UN meeting lashes out at US Cuba embargo 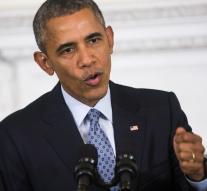 - The United Nations General Assembly on Tuesday for the 24th time condemned the US trade embargo against Cuba. Only Israel and the United States voted against the resolution, which was supported by 191 countries.

The Cuban minister Bruno Rodríguez (Foreign Affairs) said he was unpleasantly surprised by the US 'no'. He pointed out that the administration of President Barack Obama has opted for rapprochement with his country.

Obama last month still speaking against the decades-old trade embargo, which can only be lifted by Congress. The president called the removal of the embargo " inevitable ".

In the non-binding resolution was praised Obama talked about the intention to remove the embargo, but that was not enough to pull the US over the line. Cuba has announced the resolution to continue to submit to any sanctions are lifted.