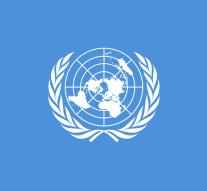 - The United Nations hope on January 25 to start a new peace conference for Syria. The UN reported from its headquarters in New York that the special envoy Staffan de Mistura, the Government of Syria and as many opposition groups and other stakeholders are trying to get together.

The new round of peace talks, according to the plan again in Geneva, as previous attempts to exorcise in the course of 2011 erupted bloody civil war. In 2011 Syria had an estimated 23 million inhabitants. Half has been killed, displaced, fled or disappeared.