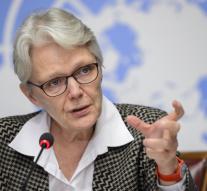 geneve - Disasters caused by climate changes have occurred frequently in the past twenty years than before and has killed more than 600,000 people living in that time. That the UN agency for disaster management (UNISDR) reported on Monday.

According to the organization 606 000 people have been killed by floods, storms and other extreme weather. " In addition, 4.1 billion people were injured, homeless or had needed emergency ", The Economic Times quotes a UNISDR report which was published Monday.

Next week begins in Paris the climate and according to the organization, it is important that proper arrangements be made ​​for climate change to a halt.