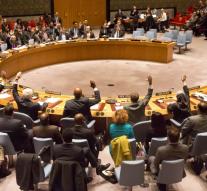 - The five permanent members of the Security Council of the United Nations (UN) have reached agreement Friday on a draft resolution on Syria. The text must still be approved by at least four of the ten other members.

The text, according to some UN diplomats not earth-shattering. Russia, which is loyal to Syrian President Bashar al-Assad, has four times previously vetoed about a possible resolution.

The resolution, which should serve as a blueprint for the peace process, provides inter alia that representatives of the United Nations must initiate talks between the Syrian government and the opposition. Also demanded an end to attacks on civilians.