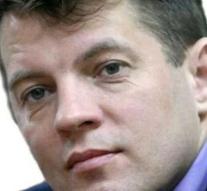 moscow - A Ukrainian journalist who would have spied for his homeland has been sentenced to 12 years in prison in Russia. That said the lawyer of the convicted journalist Roman Shushchenko, who shared a photo of his client in a glass cage in the courtroom.

The Russian secret service FSB arrested Sushchenko (49) in 2016. This happened when the correspondent of news agency Oekrinform had flown from Paris to Moscow. The attorney of Sushchenko said that he appealed against the ruling, which probably puts the relationship between neighboring countries Russia and Ukraine under further pressure.

The relationship between Moscow and Kiev deteriorated considerably after the annexation of the Crimea in 2014. Pro-Russian separatists in the east of Ukraine also joined forces with pro-government troops.