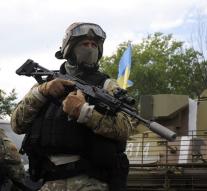 moscow - The international agreement of Minsk, who struggle in the east of Ukraine should swear in 2016 remains in force. The reason is simple; The agreement is still not fully respected. This stressed the Russian Deputy Foreign Minister Grigory Karasín Thursday in front of the Russian news agency RIA Novosti.

The Deputy Minister urged to take on the signatories to the agreement on concrete action to implement all points of the agreement. The agreement was mid-February in the Belarusian capital Minsk signed by Ukraine, Russia, Germany and France. It is a kind of 'roadmap' of twelve steps toward peace in the Donbass region, a Russian-speaking mining region in eastern Ukraine.

That came in 2014, a civil war between pro-Russian separatists and Ukrainian army backed by ultra-nationalist militias. The Minsk Agreement has led or, in any case virtually ceased in the course of this year fighting in Donbass.