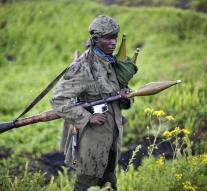 - Rebels in the northeast of the Democratic Republic of Congo Saturday certainly slain thirty civilians. It is the deadliest attack in the war-torn region of last year.

This was reported by the military Sunday. The attack was allegedly committed by rebels of the ADF Islamist movement, which has been active since the nineties in eastern Congo. They attacked the village Rwangoma.