Home / Tech / 'Uber is not an information service' 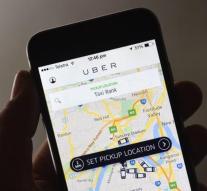 luxembourg - Taxi app Uber belongs to the transport industry and is not an electronic mediation service. That is what the Attorney General of the European Court of Justice told Thursday in a case that had arrested taxi drivers from Barcelona.

Governments may therefore require Uber to apply for licenses and licenses according to national law, according to Attorney General Maciej Szpunar. The company can not rely on the free provision of services.

According to him, Uber is not merely a mediation service because the drivers without the platform would not have a job. 'There was earlier the organization and management of a complete urban transport system on request. '' The judges of the court in Luxembourg follow the advice of the Advocate General in general.

The judgment will be well-liked by the traditional transport providers who feel the competition in many European cities.