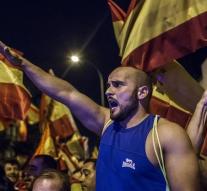 madrid - Spanish Prime Minister Mariano Rajoy does not rule out sending home to the parliament of Catalonia and organizing new elections in Catalonia. The constitution of Spain gives him this possibility through Article 155. To date, Rajoy was extremely vague about this possibility, but in an interview with the Spanish newspaper El Pais that appeared late on Saturday night, the Prime Minister clearly made it clear that he did not exclude this option.

'I do not exclude anything that fits within the limits of the law. Ideally, it would not be necessary to take such extreme measures, but if it is necessary to stop business, I do not excuse it. '